We provide UK long official certificate legal copies of
Birth Certificates, Death Certificates, Marriage Certificates.
All issued by the Register office. All prices include a ten year search of the records,
and are checked to ensure you get the correct document.
We also supply all the documents listed below.
We carry out Census History Research.

Not available for Adoption.

Our service is boon for people new to genealogy, or to those of you who have busy lifestyles and do not have the time to do your own research. We carry out research for you and guarantee the results we supply to you. All our work is carried out by our team of qualified researchers. There are no extra charges other than those published on the web site We have access to data world wide, not just the uk. We have access to all the data carried by the major web sites and more besides. 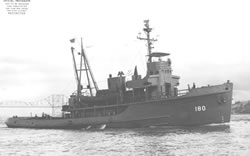 There is a huge body of records available for searching to find an ancestor who was in the Navy. Records exist by rank and by ship. 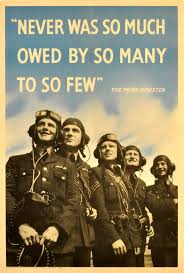 Find a will (England and Wales Scotland) Find a will or ‘grant of representation’ for people who died in or after 1858. Details

Article - What's In a Name? Your Link to the Past


Before surnames 'What is in a name? Very much if the wit of man could find it out.' Whoever penned this well known saying undoubtedly had it right - in England alone there are around 45,000 different surnames - each with a history behind it.


The sources from which names are derived are almost endless: nicknames, physical attributes, counties, trades, heraldic charges, and almost every object known to mankind. Tracing a family tree in practice involves looking at lists of these names - this is how we recognise our ancestors when we find them.


Before the Norman Conquest of Britain, people did not have hereditary surnames: they were known just by a personal name or nickname.


When communities were small each person was identifiable by a single name, but as the population increased, it gradually became necessary to identify people further - leading to names such as John the butcher, William the short, Henry from Sutton, Mary of the wood, Roger son of Richard. Over time many names became corrupted and their original meaning is now not easily seen.


After 1066, the Norman barons introduced surnames into England, and the practice gradually spread. Initially, the identifying names were changed or dropped at will, but eventually they began to stick and to get passed on. So trades, nicknames, places of origin, and fathers' names became fixed surnames - names such as Fletcher and Smith, Redhead and Swift, Green and Pickering, Wilkins and Johnson. By 1400 most English families, and those from Lowland Scotland, had adopted the use of hereditary surnames.


Most Saxon and early Celtic personal names - names such Oslaf, Oslac, Oswald, Oswin and Osway ('Os' meaning God) - disappeared quite quickly after the Norman invasion. It was not fashionable, and possibly not sensible either, to bear them during those times, so they fell out of use and were not often passed on as surnames. However, some names from before the Norman Conquest survived long enough to be inherited directly as surnames, including the Anglo-Saxon Cobbald (famous-bold).

If you have a need to contact us please use the email link below.
If your query relates to Census history research please give as much information as possible.
Contact us